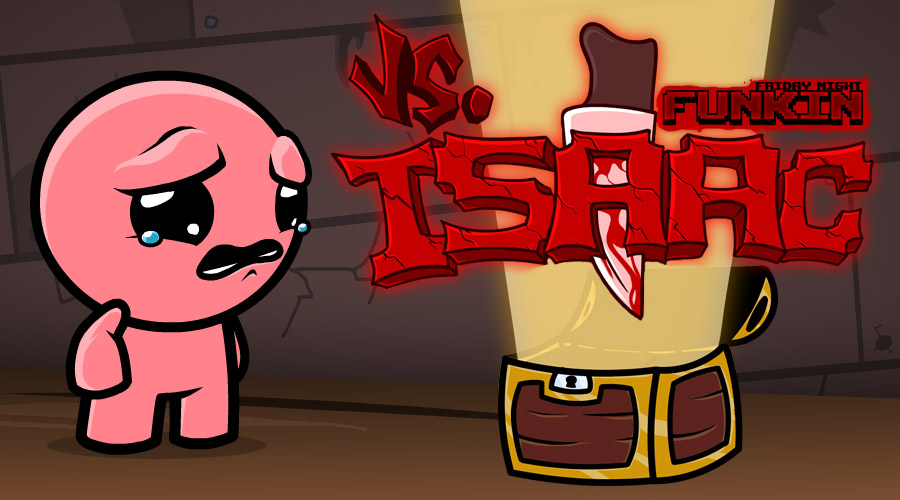 Write a new page of Isaac's destiny in song with the mod FNF Vs. Isaac 2.0 for Friday Night Funkin'. Isaac, the unhappy and tormented hero of the cult game "The Binding Of Isaac" meets Boyfriend and Girlfriend but he doesn't know how to react! Still marked by the events of his past, Isaac will have to choose between two different paths to decide if Boyfriend and Girlfriend are his friends or if they are dangerous humans. The mod features two weeks titled Good Path and Evil Path. During the first week you will have to sing against Isaac on two songs, "Sacrificial" and "My Innermost". Keep the rhythm to discover a surprising story illustrated by many cutscenes. The second week will be the evil path, Isaac's torments may take over but Boyfriend will still have to continue the rap battle during two songs "Misperception" and "Decide". But the music doesn't stop there! In the freeplay menu you will find as a bonus three new songs added during version 2.0: "Acceptance", "Avarice" and "Delirious".

You can download FNF Vs. Isaac from the Original mod page.