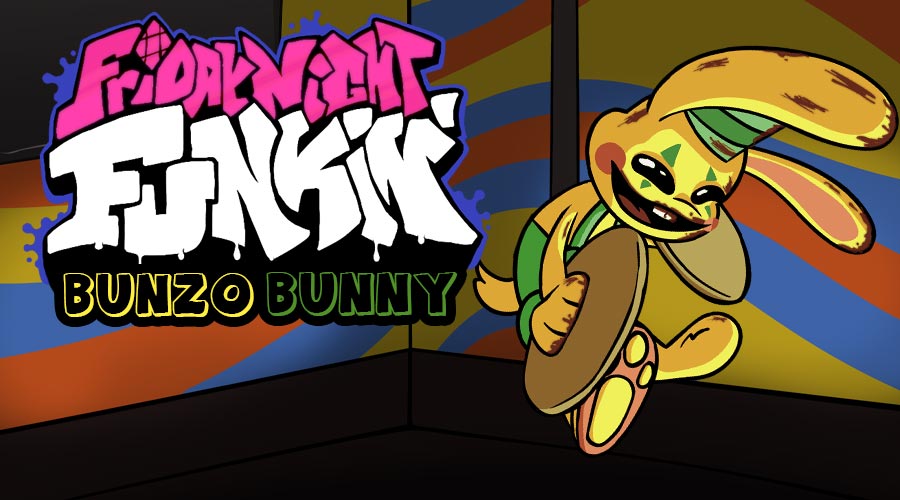 FNF Poppy Funktime Vs. Bunzo Bunny is an original mod for Friday Night Funkin' in which Boyfriend will have to play against Bunzo the Bunny, a new character who appears alongside Mommy Long Legs in the horror game Huggy Wuggy Poppy Playtime Chapter 2. But this rap battle on the song "Bunzo" will be a bit special because it will ask you to use new game mechanics. Indeed instead of the traditional notes to compose, Boyfriend will have to reproduce sequences of colors by tapping on the corresponding drums. Follow Bunzo's demonstrations carefully and try to reproduce the sequence he has just shown you. Each wrong color will cause Bunzo The Bunny to descend along his rope, banging his cymbals hard ! If he gets to you it will be certain death.

You can download FNF Poppy Funktime Vs. Bunzo Bunny from the Original mod page.