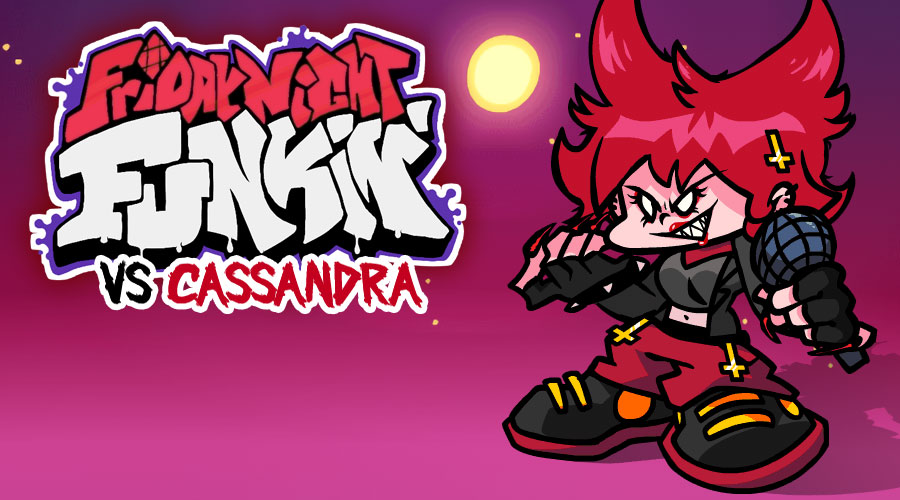 In the mod FNF Vs. Cassandra for Friday Night Funkin' you will participate in a rap battle which will be the pretext to settle an old family conflict! During their walk in town Boyfriend and Girlfriend unexpectedly meet a young, angry-looking and tormented girl named Cassandra. She is an unconditional fan of goth music, member of the group Goth Punks, but above all sworn enemy of Pico in Pico's School. In this mod's alternate universe for FNF, Cassandra is portrayed as Girlfriend's old sister and she is possessed by a Penilian, a malevolent shapeshifter alien who corrupts her mind. Boyfriend will offer him a rap battle, the opportunity to sing along the road on three songs. Berzerker and Possession will be the opportunity to better understand Cassandra's torments while keeping the pace and without being distracted by the many insults of your opponent. The third song, Takeover, will show you Cassandra in a different light, more terrifying than ever! Boyfriend will have to sing melodiously and with precision to save Girlfriend and know the end of the story.

You can download FNF Vs. Cassandra from the Original mod page.