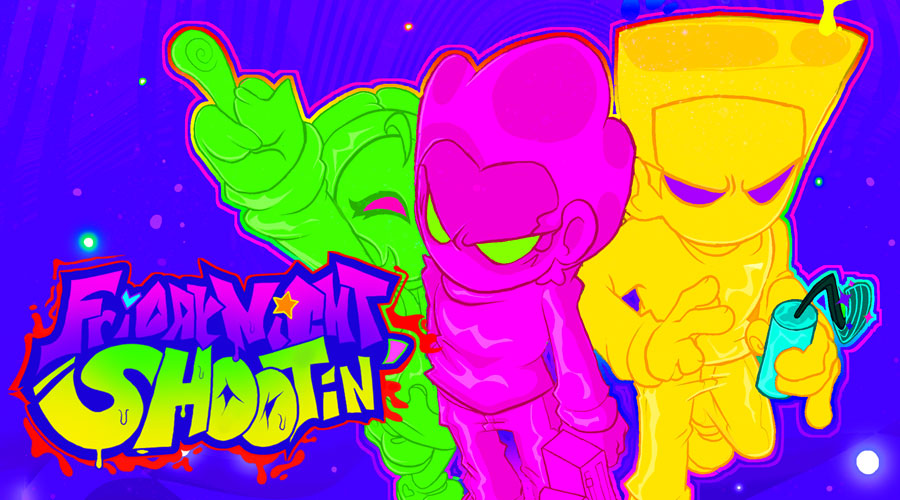 Boyfriend will give way to Pico in FNF Pico's School: Friday Night Shootin', a mod for Friday Night Funkin' in which you will be able to face several characters from the Newgrounds flash animation series. During the first week Pico will face Nene (the main character of Nene Interactive Suicide, an interactive flash game created by Tom Fulp in 1999) in a rap battle of three songs, Smooth, Gossip and Teen Suicide. Your opponent during the second week will be Oliver Piconjo a villainous character who is the hero of the animated series of the same name and who can be found in particular in the game Newgrounds Rumble. You will have to try to beat him on three frenzied rock music, Adobe Trash, Piconjos School and Trapped In Them Aym without losing the rhythm and by missing as few notes as possible. During the third week, the rap battle will be against Alucard, one of the most feared antagonists of Pico's School. He's one of the members of the Goth Punks and has terrifying telekinetic powers. Face off against Alucard on three new songs, Mind Over Matter, Technokinesis and Rhythmic Ascension.

You can download FNF Pico's School from the Original mod page.