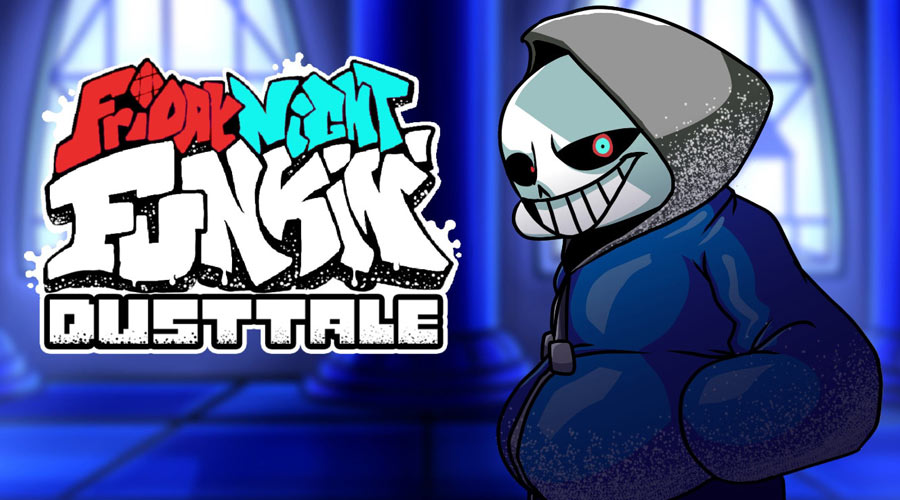 Face the darker side of Sans in FNF Vs. Dusttale Remastered, a fully scripted psychedelic and mind-blowing mod for Friday Night Funkin'. Driven by a feeling of vengeance against the humans Sans has gradually descended into a furious madness and he felt that the beginning of his quest will be to kill all the monsters of the underground, even his brother. Repeating over and over "It's all the humans' fault," Sans is going mad! But arrived on the surface of the earth he will meet a character just as strange as him, Boyfriend. All we know is that he wants to sing, over and over again. Face off against Dusttale Sans in an intense rap battle, the mod features 10 brand new songs on which your rhythm skills will be seriously tested. Discover the history of Dusttale through many animated cutscenes accompanied by dialogues that will explain the motivations of our two protagonists. The difficulty level of the last songs will be very demanding, Vs. Dusttale Remastered is a mod that will take a lot of practice and persistence to complete.

You can download FNF Vs. Dusttale Remastered from the Original mod page.