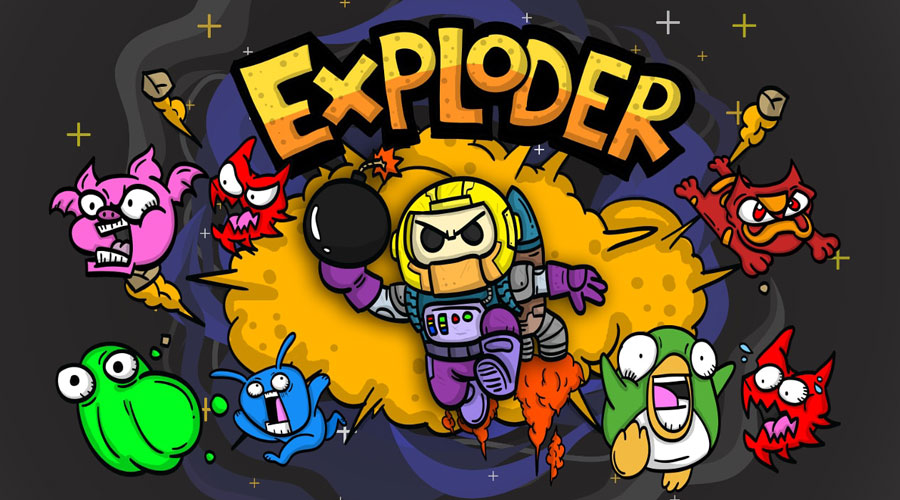 Exploder is an online bomberman game in which you can face up to 4 other players in labyrinths filled with obstacles, monsters and especially bombs which will explode everywhere. Place bombs in the arena to destroy brick blocks and clearing passages, try to trap other players to make them hit by the blast of the explosion and lose life. The goal will be to be the last player alive in the labyrinth to win the game. Exploder was designed as an easy game to understand but difficult to master, just like its ancestor Bomberman many subtleties and tactics make the game rich in possibilities, especially when you have to face other seasoned players. You will have to be cunning to win and judiciously use the various bonuses that you can find in the labyrinth to gain the advantage over your opponents.
You can play online against other players from all over the world or create a custom room and invite your friends to play together in the same game. By logging in you can spend the coins earned during your games to buy skins for your characters or different explosion effects.