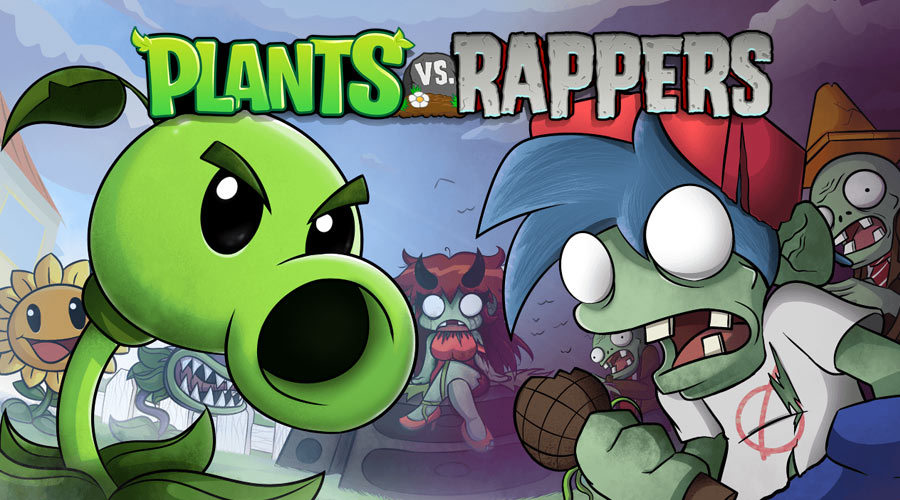 In the mod FNF: Plants vs. Rappers for Friday Night Funkin' you will have to save the Funk and the Rap by battling against the evil plants mass produced by Bloom n' Doom Seed CO. In a bygone era of Funkin', where everyone went listening to jazz and folk, everything suddenly stopped and Boyfriend found himself lying in a grave! For once, in this test you will be on the side of the zombies. Help Dr. Zomboss (who summoned you) defeat the plant horde by singing. The first rap battle will be on the song Bloom n Brains, Boyfriend will have to sing against basic but still very dangerous plants, watch out for their poison sprays! If you manage to survive a second epic battle awaits you on the song Bad Bash, the two armies of plants and zombies will clash mercilessly to the rhythm of the music. There is also a third song accessible in the freeplay menu, to simply listen to.
FNF: Plants vs. Rappers is a mod for Plants vs Zombies's fans created alone by Jason The Art Kid in 7 months. The mod is still in alpha version, additional content should be added in the next update.

You can download FNF : Plants vs. Rappers from the Original mod page.