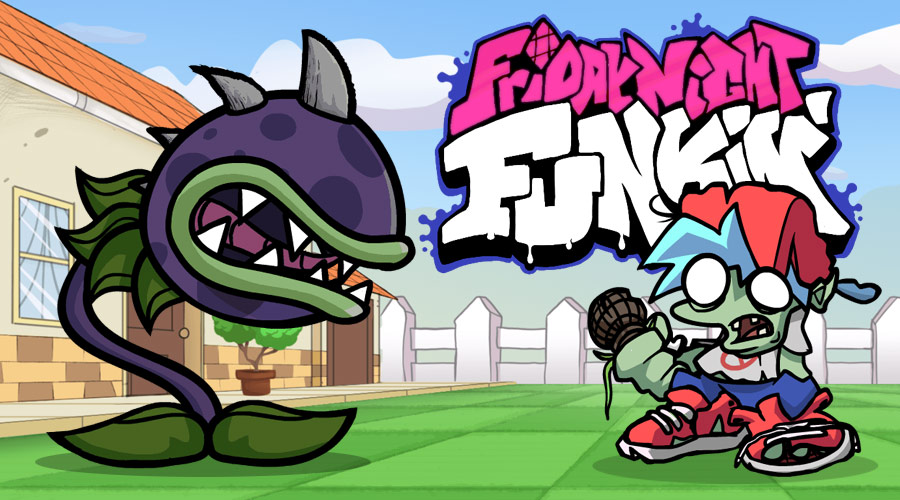 FNF Vs. Chomper for Friday Night Funkin' is a fan-made mod featuring a never-before-seen song set in the plants vs zombies universe. After an intense battle against Gatling Pea Boyfriend saw his opponent running away underground. But he decides not to let the half-unconscious carnivorous plant escape to end the confrontation during a final song named "Gurgle". Take on Chomper in a dangerous rap battle due to your opponent's special mechanics. Warning, be careful when Chomper tries to bite you, if you miss the special notes you will be devoured in one fell swoop!
This mod is based on the original mod Plants vs. Rappers by Jason The Art Kid.

You can download FNF Vs Chomper from the Original mod page.