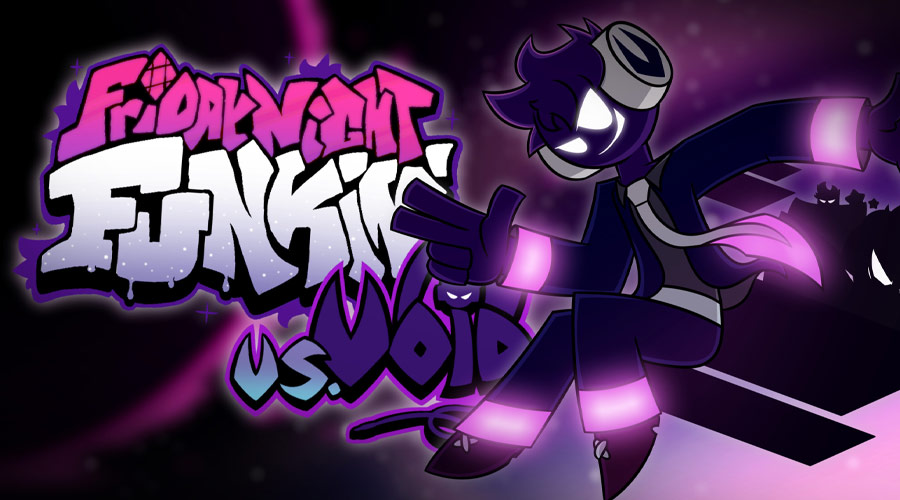 Take part in a legendary show in FNF Vs. Void, a disco/electro/electric mod for Friday Night Funkin'. Boyfriend will have to face a cosmic popstar with an excessive ego, A.C. Void, singer known and recognized throughout the galaxy! Void heard about Boyfriend's recent wins (including the rap battle against the rockstar Daddy Dearest) and he challenged you during his own gig. The show will start with three battles on the songs "Asteroids", "Weightless" and "Event Horizon". Void will leave you no respite with its musical notes and frenetic rhythms. After this first musical demonstration, A.C Void and his ego as massive as a black hole will not want to lose face in front of his audience and will challenge you on three other songs of his composition. The level of the rap battles will increase further with “Ultraviolet” and “Gravity”, under the twinkling lights and the buzzing bass, the musical show is a delight for the spectators. But the highlight of the concert will be the last song "Singularity", Void and Boyfriend will engage in a spectacular and intense duel to prove once and for all who is the best singer!
In the Freeplay menu you can access to the bonus song "Security" and maybe even another music STAR is still hiding in this freeplay menu! Try to find out who he is to continue the show on the bonus song "Stardust".

You can download FNF Vs. Void from the Original mod page.