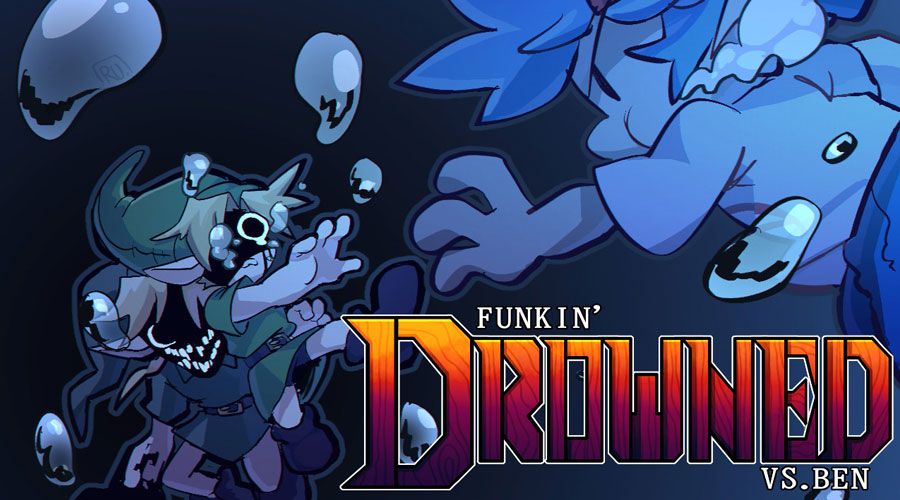 A memorable musical event awaits in FNF Vs. BEN Drowned mod for Friday Night Funkin’ ! Join Boyfriend in an epic rap battle on a cult song, and try to save Ben from corruption with your infallible rhythm.
After battling a strange man wearing a blue mask, you accidentally stumble upon a portal that seems to lead to another world. This unfamiliar place is filled with a pure red glow. After a long while of following her walking you encounter something abnormal, a strange, frightened and shaking statue is staring at you!
Ben Drowned is the main character in Haunted Majora’s Mask Cartridge, a creepypasta series created by Alex Hall and based on the famous game The Legend of Zelda: Majora's Mask. The story goes that a young student named Jadusable bought a used Nintendo 64 at a very good price. This console contained the game Majora's Mask but it seems that the cartridge is haunted by an omniscient and malicious spirit!

You can download Funkin Drowned : FNF Vs. Ben Drowned Terrible Fate from the Original mod page.