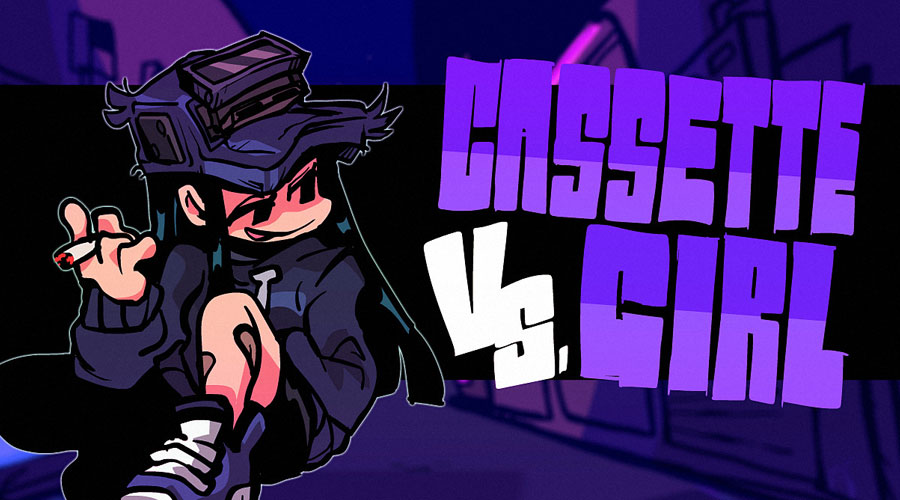 In the mod FNF Vs. Cassette Girl you will have the opportunity to meet one of the next official Friday Night Funkin' characters and sing against her during several songs. Cassette Girl was originally teased alongside Pico, Tankman and Hank a long time ago but some fans decided to make a full mod around this atypical character. With her look straight out of the 90s and her special hat in which she can insert a music cassette (the youngest can find out what it is), Cassette Girl will challenge Boyfriend for a funky rap battle rather quiet and melodious. The story mod will offer you to sing along on three songs, Ukiyo, Earworm, and Machina. Try to beat Cassette Girl in front of a crowd of attentive music-loving onlookers. The freeplay mod offers to continue the adventure with two bonus songs.

You can download FNF Vs. Cassette Girl from the Original mod page.