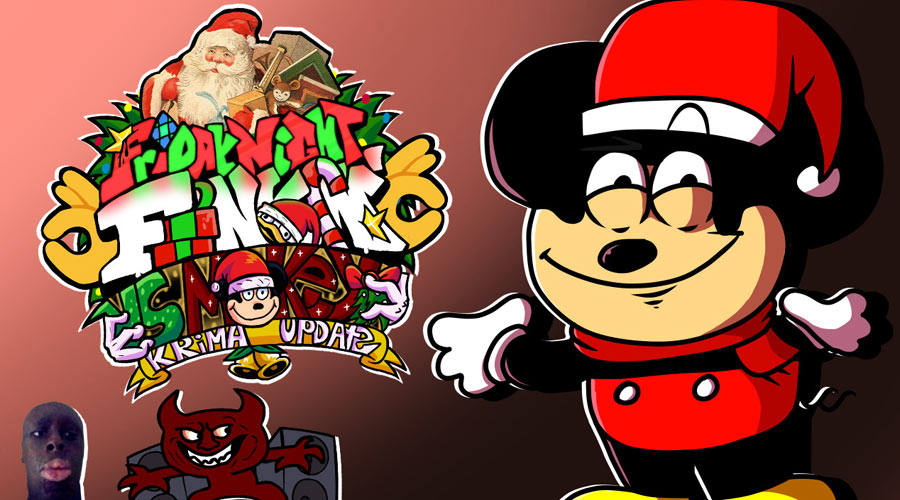 In the mod FNF Vs. Mokey for Friday Night Funkin' you are invited to accompany Boyfriend and his new friends from the Mokey's Show through a total musical delirium! Sing on weird and epic rap battles against characters you'll probably never forget! With hilarious animations for each cutscene, Vs. Mokey will immerse you in a funny, crazy and sometimes even scary universe, but the songs will also offer a tough challenge in the highest difficulty setting. Indeed some songs will contain special notes to avoid or not to miss.
The adventure will begin with a first week consisting of three songs. For the first rap battle Boyfriend will have to hold the rhythm against Mokey on the song "Boy". Don't worry, when Mokey draws his gun it's probably not dangerous! In the second song "Ah Hyuck" you will face Grooby who will not hesitate to yell at you in Russian between two musical notes... During the last trial of the week you will have to sing against Dilan Duck on "Dilan Noises", don't pay attention to his insults, he can't hold back! The second week offers a special Christmas song against Santa Mokey, "Krimah" is a remix to share without moderation. But that's not all, the mode offers as a bonus in the freeplay menu three songs not to be missed! "Waa Hoo" against Mario and Yoshi, the terrifying "Yekom" in which you will have to face Creepy Mokey and "Christmas Hop" which will come to conclude this mod with a two-phase duel between Mokey Krima and Krampus.
FNF Vs. Mokey takes over the universe and characters of Mokey's Show, a series of animated videos created by Sr Pelo, a Mexican youtuber, animator and comedian also behind the Spooky Month videos featuring Skid and Pump.

You can download FNF Vs. Mokey from the Original mod page.