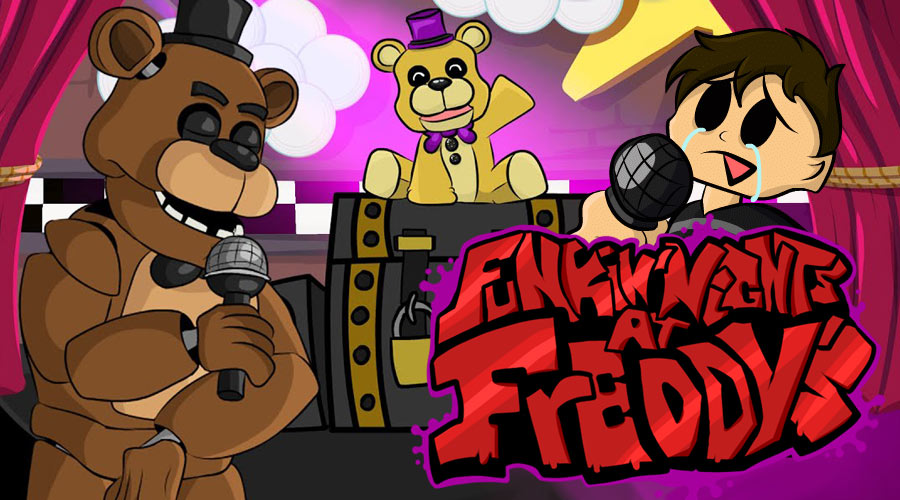 Can you survive for two full nights in Funkin' Nights at Freddy's, a mod for Friday Night Funkin' (FNF) that features the universe and characters from the famous horror game. This time the place of the rap battle will be the strange theater of Freddy Fazbear, a mysterious place ideal (or not) to push the song. If you want to avoid being stuffed into a Freddy Fazbear costume and join the FNAF gang then you will have to win your duels on 6 new songs, Party, Gelotophobia, Five Nights, Fun Time, No More Hiding and Broken. As a bonus the tutorial has also been remixed.

You can download FNF Funkin' Nights at Freddy's from the Original mod page.