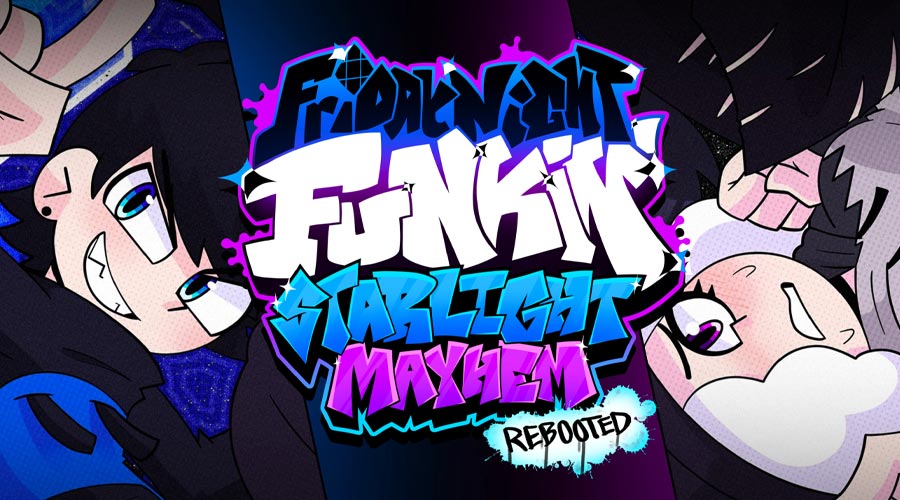 Become a song star in FNF Starlight Mayhem, a mod for Friday Night Funkin', and wow Girlfriend in front of a raving crowd! One day you decide to take your girlfriend to a local music festival and stop to listen to a band that looks promising. Singer CJ, who knows the world of music well, has heard about your previous exploits and will quickly recognize you in the audience. It's on stage that you will be able to get to know each other, in a battle on 3 new songs, Inverted Ascension, Echoes and Artificial Lust. CJ is not necessarily the best singer and he will be joined by Ruby, a singer with a perfect rhythm! The Starlight Mayhem mod was created by the Youtubeur TheMaskedChris, you can choose between 5 options to play the full week, Standard, Flip, Chaos, One Arrow and Stair.

Starlight Mayhem Rebooted Update: This update adds a secret week to unlock after completing the first week. CJ and Ruby will challenge Boyfriend in a rap battle on four new songs, Parallax, Starstorm, Coda and It's Complicated.

You can download FNF Starlight Mayhem from the Original mod page.