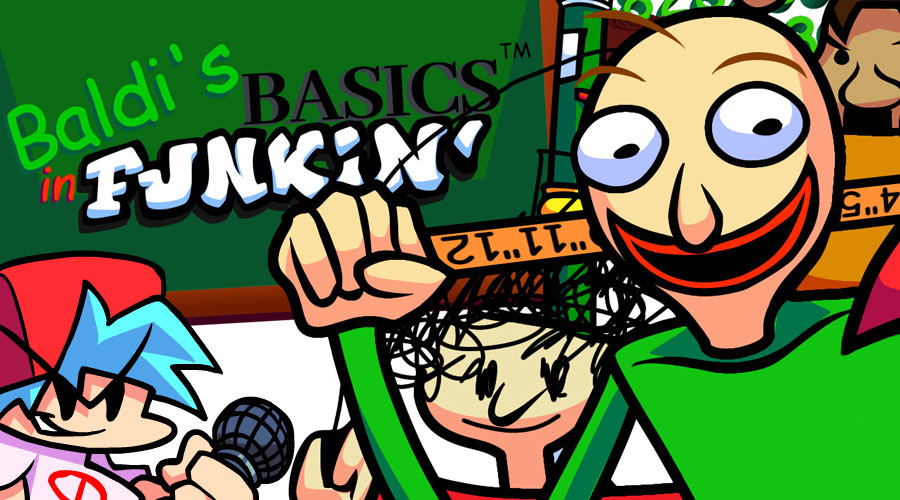 Get ready to take a slightly special singing lesson in FNF Vs. Baldi's Basics, a mod for Friday Night Funkin' featuring the bizarre Professor Baldi, the main character of the game Baldi's Basics, and his original learning methods. In front of Boyfriend the lesson of the day will take place during a rap battle in which you will have to sing on three songs while keeping the rhythm against the professor who will be uncompromising if you miss the slightest note. The first song, Basics Song, will give you a smooth start thanks to its rather slow rhythm. But the difficulty will get tougher quickly! The second song, Lesson, will require you to be a good student and to stay focused to succeed. In front of your success and your sense of rhythm, Badli's vocation as an educator will be called into question and the third song Dismissal will share with you his states of mind. If you manage to beat him, then the student will have overtaken the master, which might even give you access to a secret song in which Baldi will show himself in a different light.

Update 1.5: Dismissal song has been replaced by the new song Expulsion, many sprites have been changed or improved.

You can download Baldi's Basics in Funkin' from the Original mod page.