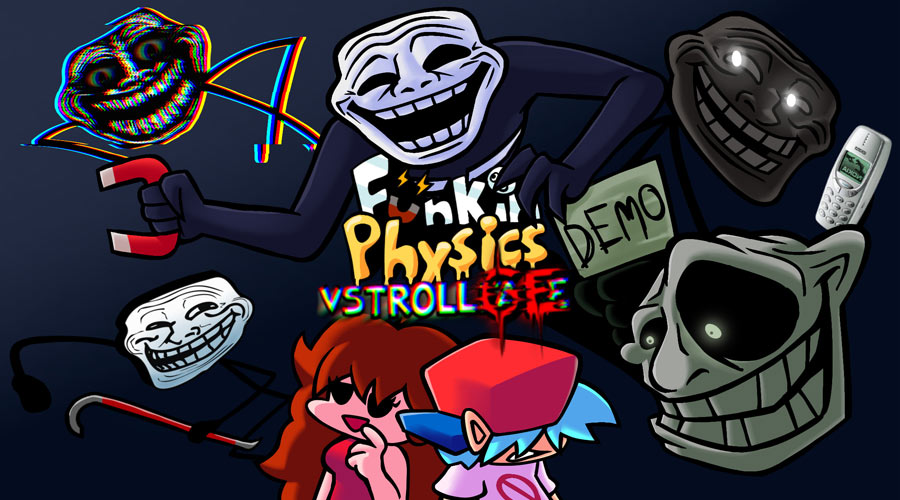 Can you keep a cool head in FNF Vs. Trollface/Trollge a completely crazy and psychedelic Friday Night Funkin mod? Boyfriend has beaten all the opponents he has come across for some time and he has become a legend in the world of musical battles. But all these feats are not yet enough for Girlfriend's father who decides to send them to another dimension to face the ultimate opponent! Instantly they find themselves in Trollface's room, who is determined to severely troll and wage a merciless musical battle. But when pushed to the limit, Trollface will go crazy, an unexpected event will happen and nothing will go as planned! Face off against Trollge on three songs, Trolling, Mistaken and The Incident and discover the incredible story of this new character who joins the mod series for FNF.

You can download FNF Vs. Trollface/Trollge from the Original mod page.