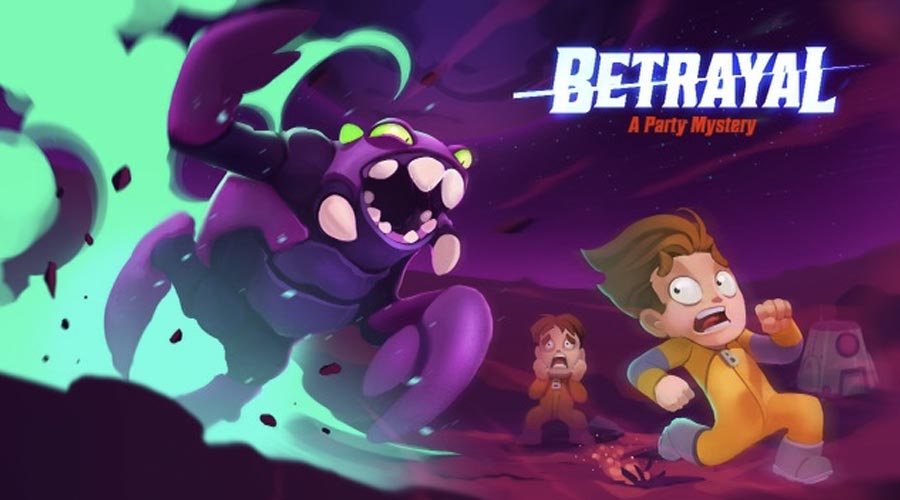 Betrayal.io is a multiplayer cooperation game inspired by the game Among Us, in which you play as one of the stars of the film Betrayal. Your objective is to play your assigned role, either a crewmate who will have to complete tasks to repair the spaceship or a betrayer who will have to eliminate other players to prevent them from completing their tasks. As a betrayer you should not be spotted by other players, but when a body is discovered a meeting will be called to try to find the impostor. The team members will then have to argue to designate a suspect and the impostors will have to cover their tracks so as not to be suspected. A vote will be cast and each player must nominate the player they believe to be the betrayer. To win a game, either the team members will have to manage to fully repair the ship or the betrayers will have to eliminate all the team members without getting caught.

How to play Betrayal.io?- Betrayer: As the impostor you are the villain of the movie and your objective will be to eliminate the crewmates without getting caught. You must absolutely prevent teammates from doing all of their tasks by eliminating them or voting against them. Be careful, you have to be discreet if you eliminate a player, move around the map and look for isolated targets so as not to leave any clue about your act. As a betrayer you should try to behave normally to not attract attention, pretend to perform tasks, and argue insightfully in meetings.
- Crewmate: You are the good guy in the game, your goal is to complete all the tasks assigned to you so that you can fully repair the spaceship. Beware of other players because a betrayer is hiding among them and he can eliminate you. Try to not be alone and be alert if you notice any strange behavior. If you find the body of another player you can call a meeting and a debate will then be initiated to find out who is the impostor who killed one of your teammates.

What are the game modes of Betrayal.io?- Betrayal: This is the classic mode of the game (inspired by the famous Among Us). Crewmates and betrayers end up in a spaceship, teammates must complete tasks to repair the ship, and betrayers must try to eliminate all crewmates.
- Hide and Seek: In this game mode one of the players is designated betrayer and will be known to all, he will play an almost invisible beast who will have to eliminate all other players before they manage to accomplish all the tasks. It's a race against time between the crewmates and the betrayer!

Who is the author of Betrayal.io?The game was created by End Game Interactive, the same developer as ZombsRoyale.io et Spinz.io.