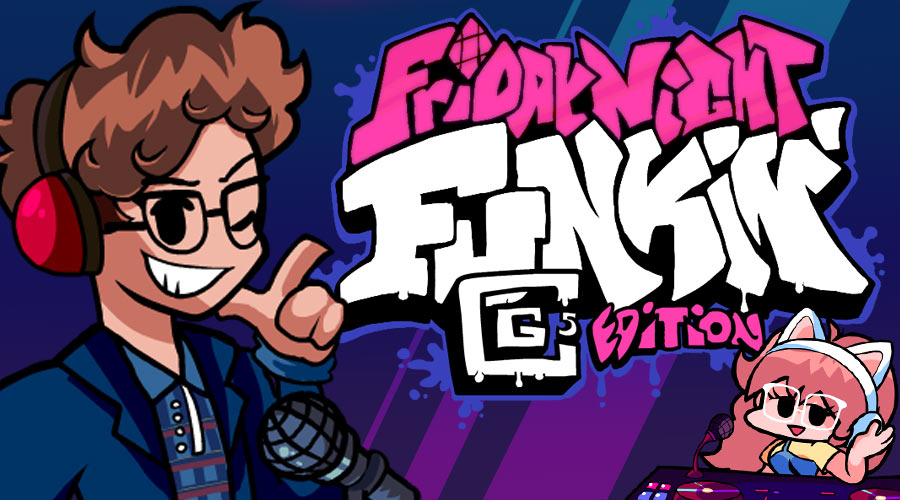 In the mod FNF CG5 Edition for Friday Night Funkin' Girlfriend is on the decks for a few songs and it's she who will set the mood during your battle against the famous singer. Boyfriend has become well known in the music world and it's now in a recording studio that he will have to prove himself against CG5 on three songs sung to perfection, Gimme A Break, Man On Stilts and Knock Knock. To get you in the mood, the tutorial has also been remixed. The main character of this mod is actually a famous youtuber named CG5, he is also the creator of the mod.

You can download FNF CG5 Edition from the Original mod page.