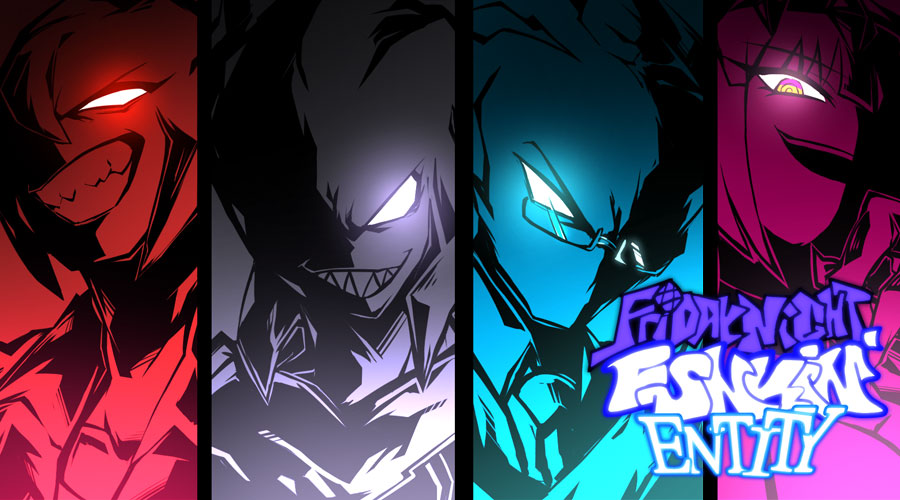 The mod FNF Entity for Friday Night Funkin' offers a demo version including a full week in which you will meet 4 new opponents and have to face them in 4 epic rap battles! Entity is the sequel to Vs. AGOTI. The first duel will be against Aldryx, the big brother of Agoti, face him between two shelves of a supermarket on a rhythmic and catchy music. The rest of the adventure will take place in another dimension, challenge Agoti to music and try to keep the rhythm to defeat him. Your third opponent of the day will be the patriarch of the family, in fact you will have to sing against Solazar, the father of Agoti and Aldryx, under the watchful eyes of their sons who will observe the battle. The final opponent of this week will be Nikusa Chiragus, nicknamed Void Queen because she has no friends. This elegant but melancholy woman will invite you to sing along to a joyful and melodious music.

You can download FNF Entity from the Original mod page.