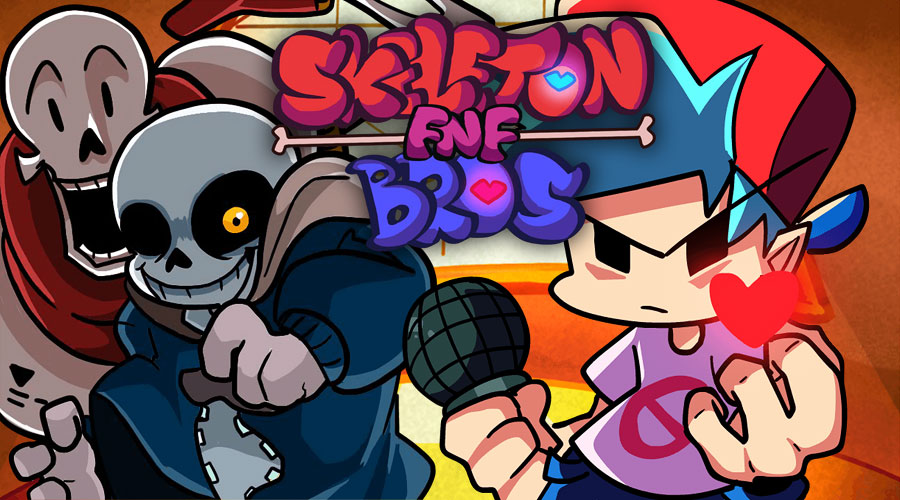 Boyfriend has joined the world of Underale! In the mod FNF Skeleton Bros Vs. Chara, Sans & Papyrus for Friday Night Funkin' he will have to face emblematic characters from the universe of the famous game. The first rap battle will be against Papyrus , Boyfriend will have to keep the rhythm on the song "Nyeh heh heh" without getting distracted by his rather rambunctious opponent. The second duel will oppose Boyfriend to Sans, they will sing on the song "Bonely One". Despite the lively rhythms of the music, you will have to be careful to miss as few notes as possible. The next challenge is a rap battle on the song "Not Enough", Sans will be ruthless during this duel, he will try to lock up Boyfriend in a prison of bones that you will have to destroy while continuing to sing! The ultimate trial that Boyfriend will have to take up will be on the song No More Deals, be careful to dodge the knives that Chara will throw at you! The week offers two difficulty modes, you can play either Boyfriend or Chara. As a bonus two other songs are available in the Freeplay menu, Eeeechrome and Parasite Sans.

You can download FNF Skeleton Bros from the Original mod page.