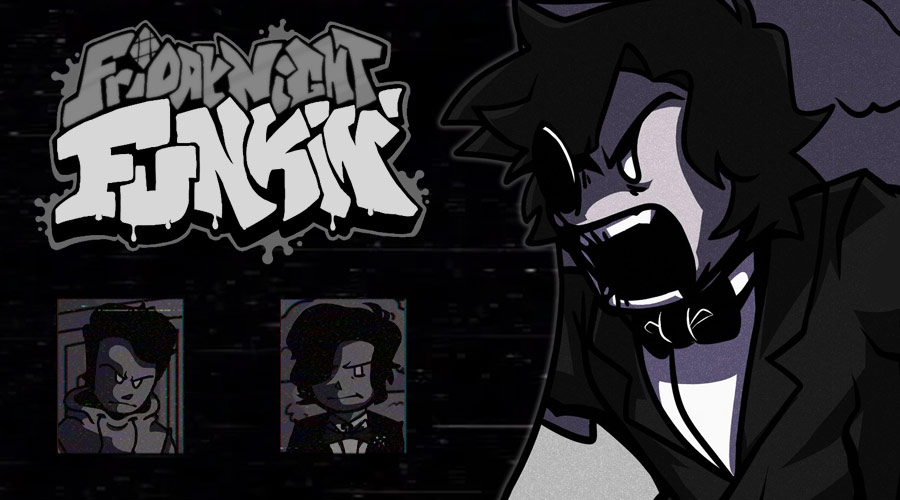 The mod FNF The Funkdela Catalog for Friday Night Funkin' will offer you to sing along to 5 songs whose storyline is based on The Mandela Catalog series created by Alex Kister. The first musical duel will pit Gabriel against a shepherd on the song "Grace", but Gabriel is actually the Devil and he wants to bring a message of warning to humans. The second song "Think" takes up the scene of the call between Mark Heathcliff and Ceasar Torres, this musical conversation will briefly evoke the instructions to apply during a meeting with an Alternate (Think: Tell-Hinder-Identify-Neutralize-Know your place). In the third song "Scary Night" you will play the role of younger Mark, when alone in his house he meets for the first time "The Intruder". In the song "Distraught" you will have to fight in rhythm the psychic power propagated by Snatcher through television, Snatcher is an abnormal entity, a powerful Alternate who wants to sow confusion in the consciences of humans.The continuation of the story will unfold on the song "Gift", Mark Heathcliff will fight the Alternate in person on furious and fast beats! The last song of the mod "Thonk" will be a dialogue in the form of a rap battle between Monkey and Socker.

You can download FNF The Funkdela Catalogue from the Original mod page.