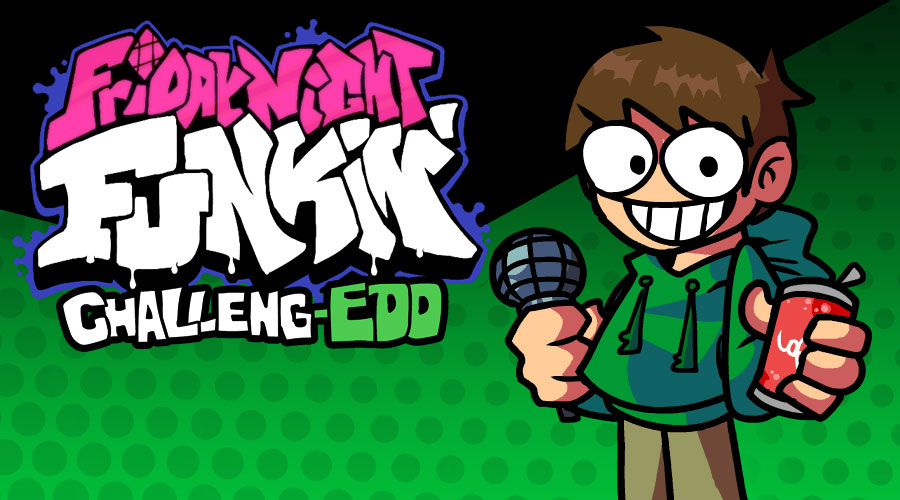 An intense new rap battle awaits you in FNF Vs. Challeng-Edd (Friday Night Funkin' online). Face off Edd, the main character of the Eddsworld series, by singing against him on a music of his composition. The battle will take place in front of Edd's house and quickly during the song other characters will come to take part in the event. In the Hard difficulty mod, Eduardo, the Edd's "Numero Uno" neighbor, will also sing the song and join the party! In the highest difficulty level (you know the name), another character will appear during the song. Indeed, Tord and his mega Tordbot will burst behind the house and to defeat him you will absolutely have to keep up the pace by joining your forces with Edd.

You can download Friday Night Funkin' Online Vs. Edd & Uberkids from the Original mod page.