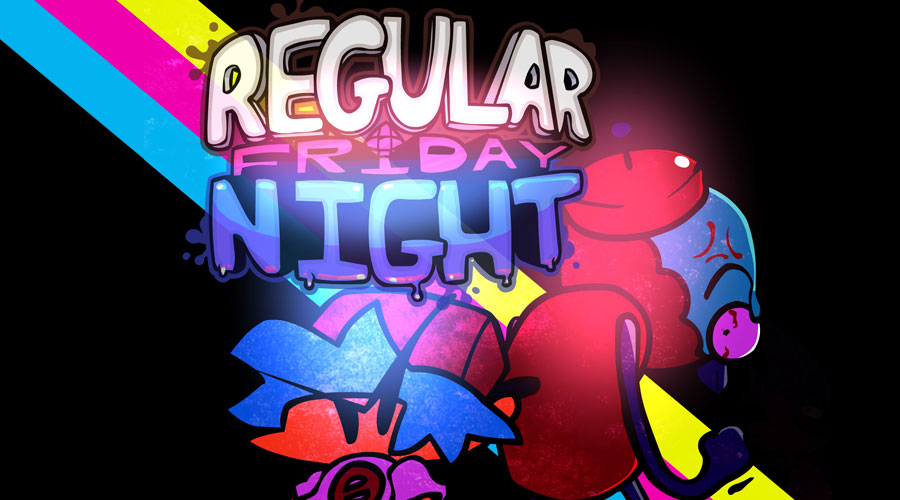 Get ready for an epic new musical adventure with the mod FNF Vs. Regular Show! The story begins when Boyfriend and Girlfriend were looking for a job to earn some money and be able to buy wedding rings! They have accepted a small job as a home helper and are going to meet Mordecai and Rigby. Rather than work, Boyfriend decides to do rap battles with his new friends, but when Benson arrives and realizes it things will get a little complicated. Boyfriend will then have to sing in the best possible way against Benson during three epic rap battles.
When you have finished the Week go to the Freeplay menu to discover 12 bonus songs including 4 "erect" remixes. FNF Vs. Regular Show is a mod for Friday Night Funkin' in which you can face in music many characters from the Regular Show, accompanied by cutscenes to illustrate the story as well as quality animations and arts.

You can download FNF Vs. Regular Show from the Original mod page.