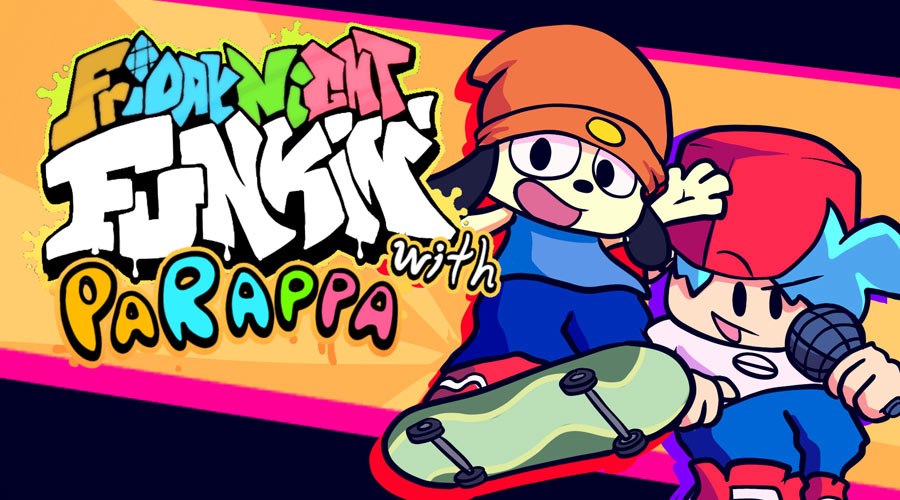 Sing with Parappa the Rapper who is the special guest of this mod for Friday Night Funkin' and keep the rhythm against three legendary opponents who were forerunners in the world of musical battles. Inspired by the original rhythm game released in 1996 on Playstation, FNF With Parappa offers to play a musical battle on three cult songs. The first will be Kick Punch, the hit sung by Master Onion will put you in the mood and his first musical lessons will be quite easy. During the second week you will have to sing on Driver Test, the Mooselini's rhythmic rap. And to finish you will have the chance to face the legendary frog Prince Fleaswallow on his ragga(ninja)muffin song Flea Market.

You can download FNF with Parappa from the Original mod page.