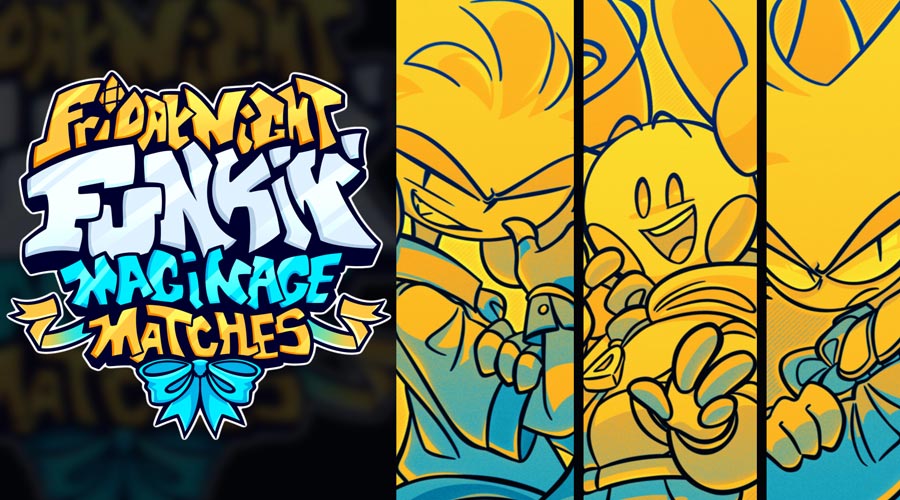 Remember the high school days and your first musical battles in Maginage Matches mod for Friday Night Funkin'. Go back to where it all started when Boyfriend (then known simply as Boy), wanted to find a way to impress Girl, the most popular student in high school. Boyfriend had the idea to challenge to a rap battle the nicest guy in school, Tac. And it's on the song Tic Tac Foe that the first musical notes will be played. But this first duel may not be enough to attract the attention of the other students. Fortunately Tac's friends will soon join the battle. In the second song Hit N Strike you will have to beat Lucian while keeping the rhythm in front of a crowd of peoples in the schoolyard. To definitively capsize Girl's heart it will be necessary to win a last battle against Abby, the best singer of the music school, on the song Acrimony. It's up to you to play and try to keep the rhythm to beat your three opponents of the day!

You can download FNF Maginage Matches from the Original mod page.