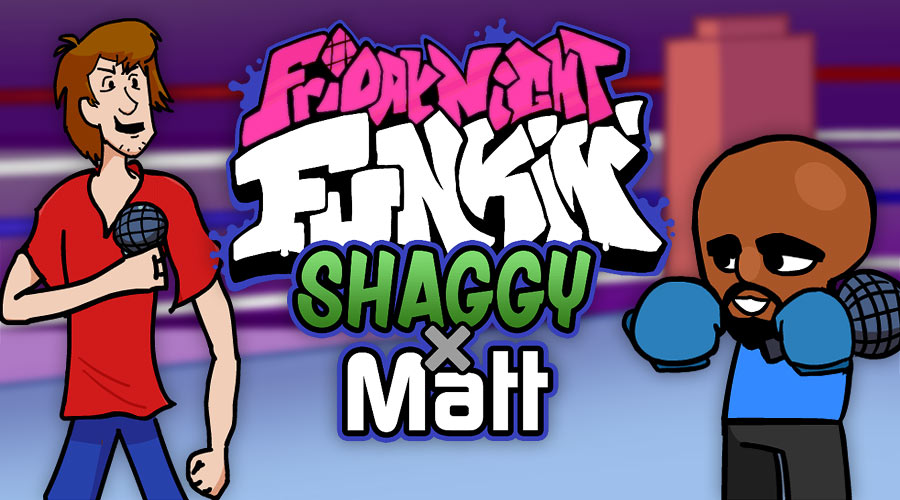 In the mod FNF Shaggy x Matt two emblematic characters from the Friday Night Funkin' universe will challenge each other in music. Indeed Shaggy came to the mansion to face the famous Matt and thus train to be able one day to beat the strongest opponent of all, Boyfriend. Shaggy and Matt will therefore have to show all their talent on the song Power Link. But Matt also wants a second chance and during the second song Revenge he will engage in an intense rap battle against BoyFriend. However talented they are, Shaggy and Matt will have to join forces and with the third song Final Destination the two characters will sing simultaneously to be able to beat Boyfriend. To compete with them you will need an extreme concentration because there will be no less than nine notes (instead of 4 usually) which will have to be composed at the right time with perfect timing.

You can download FNF Shaggy x Matt from the Original mod page.