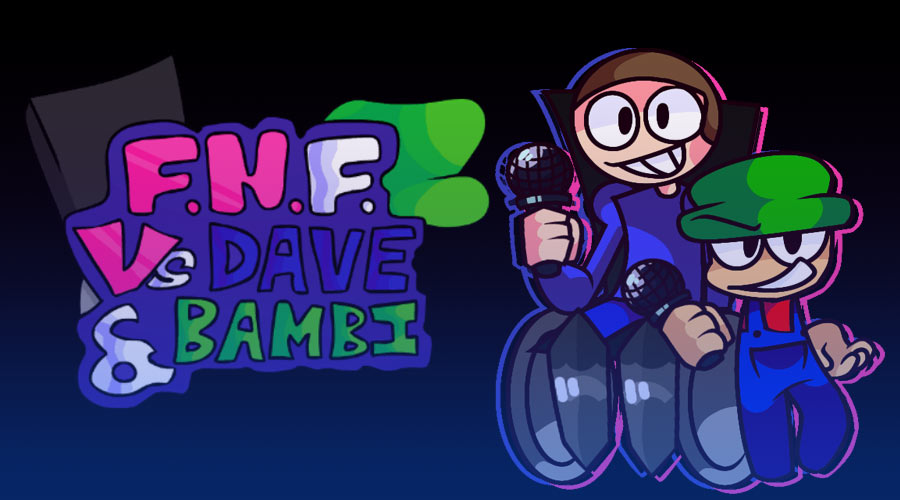 Be ready for one of the longest challenges in FNF history! The mod Vs. Dave and Bambi 3.0 for Friday Night Funkin' offers you a rich adventure in which you will have to face two opponents on no less than 15 new songs. Boyfriend seen in his garden Dave (the main character of the mod Dave's Fun Algebra Class! for Baldi's Basics) who had come to offer him a duel during a rap battle. The first week will begin with three songs, House, Insanity and Polygonized during which something surprising will happen. During the second week Boyfriend will accept the invitation of Mr. Bambi to go to a party in his cornfield but also to sing against him on three songs, Blocked, Corn-Theft and Maze. After many twists in the story, the final scene will take place on Splitathon, a legendary song which is to date the longest song of all mods from Friday Night Funkin' and that will require you to focus flawlessly for almost 10 minutes! The freeplay game's mod contains a lot of bonus songs, some of them need be found. You can choose to play with 4 characters, Boyfriend, Tristan, Dave and Mr. Bambi who can each have a different skin.

Vs. Dave and Bambi 3.0:This big update brings many new features to the mod. Almost all the songs have been remastered as well as the cutscenes. The story mod has been enriched with a new week in the form of a festival and its unreleased songs. Lots of surprises also await you in Freeplay, the extra mod includes dozens of songs..

You can download FNF Vs. Dave and Bambi 3.0 from the Original mod page.