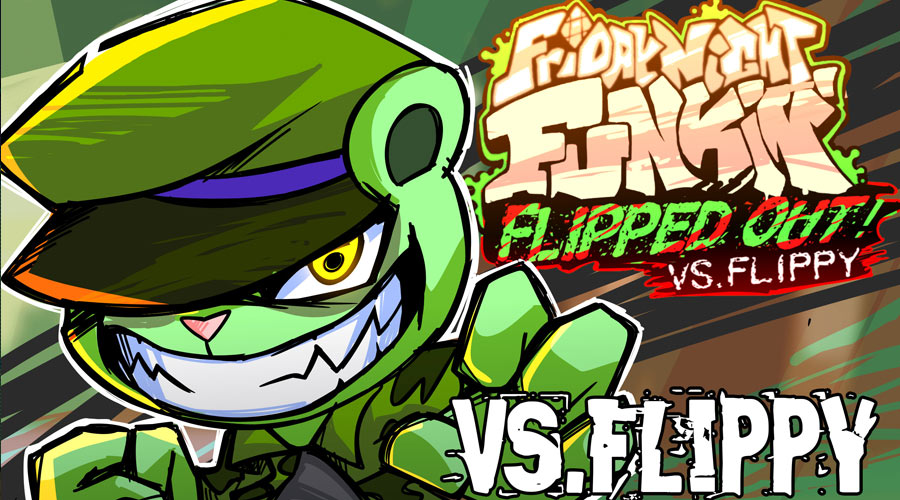 Take on a rabid musical challenge in FNF Vs. Flippy, a mod for Friday Night Funkin' in which you will face the dark side of the hero from the animated series Happy Tree Friends. Flippy the apple-green bear with an unstable character wants revenge (for some unknown reason) on Boyfriend. While Boyfriend and Girlfriend were quietly camping around a wood fire in the forest, Flippy found our two companions and tried to go after them. The bear's aggressiveness was scary but Boyfriend was not going to let it down and it's during a rap battle on two songs that he will have to try to repel his opponent of the day. Confront Flippy and his raging anger on two tracks, Triggered and Slaughter, and try to contain Flippy's fury by keeping the pace without being disturbed.

Vs. Flippy: Flipped Out! DEMO OUT Update: This update is a demo still under development but already bringing a lot of new content. The story continues in music with no less than 10 new songs! Join Boyfriend in epic, fast-paced rap battles against Flippy with new songs Overkill, Fallout, Compass, Assault, Extinction, Cleave, Disturbed and Kapow. Playdate and Fliphardy songs will be accessible in the freeplay menu, along with a few other surprises!

You can download FNF Vs. Flippy: Flipped Out! from the Original mod page.