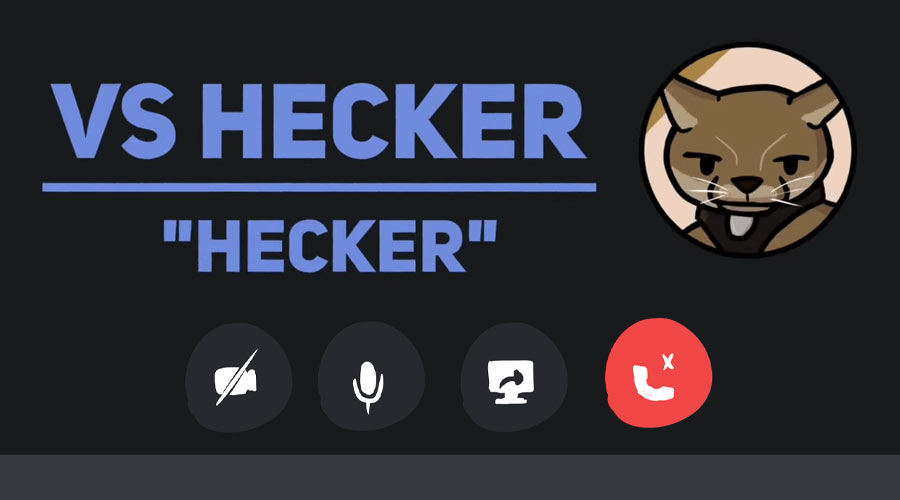 Take up the musical challenge against Discord's most famous hacker cat with FNF Vs. Hecker, a mod for Friday Night Funkin', and his song specially composed for this battle. During a conversation by instant messaging Boyfriend proposed to Hecker to participate remotely in a duel in song. A singing competition will then begin in which you will have to keep the rhythm to try to beat Hecker. His music is not exceptionally difficult but it's relatively long which will require great concentration in order to miss as few notes as possible.
Hecker is an iconic fictional character of the Youtubeur's channel Beluga, he represents a hacker who spends his time chatting on Discord. Originally Hecker is an antagonist but over the videos he will become Beluga's friend, often provoking funny and hilarious situations.

You can download FNF Vs. Hecker from the Original mod page.