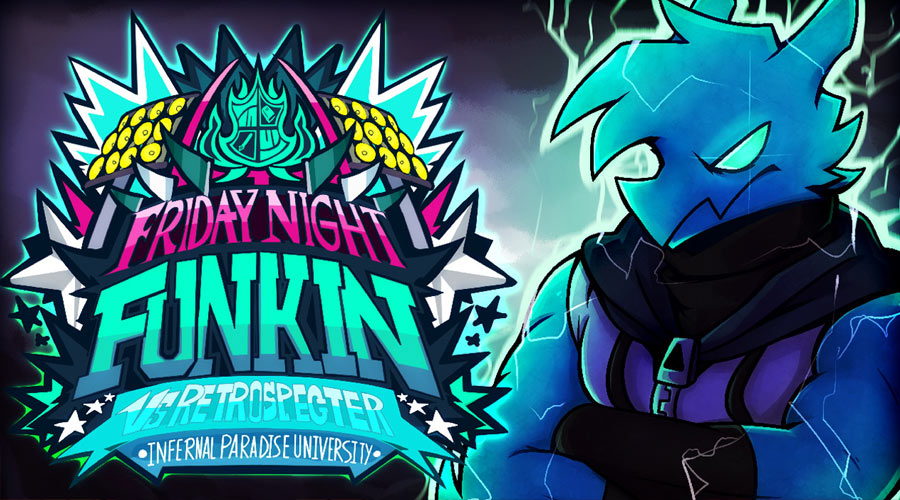 FNF Vs. RetroSpecter for Friday Night Funkin' has come a long way since its original release and now features two full weeks with plenty of new songs. The virtual animated avatar of the streamer and youtuber RetroSpecter comes to life to become Boyfriend's adversary in rap battles on epic musics. The first week "Retrospecter" offers a major challenge for Boyfriend who will have to participate in memorable rap battles on 2 musics: Retrospecter and Satisfacture. He must not be impressed by the madness of his opponent of the day, especially in Berserker mode! The second week named Infernal Paradise University will offer you quite difficult challenges in which you will have to face Retrospecter and Sakuroma in turn in a stadium filled with a cheering crowd also on 5 songs: Preseason, Sigma, Acidiron, Preppy and Overtime. Each piece of music is a potential hit that will require the greatest concentration from you so as not to lose the rhythm. The mod will reveal all its secrets in the freeplay menu with the bonus of three other epic songs Spectral, Ectospasm and Fuzzy Feeling.

Note: There are many features in the appearance and visual effects options menu. Try to turn off some of them for better performance.

You can download FNF Vs. RetroSpecter from the Original mod page.