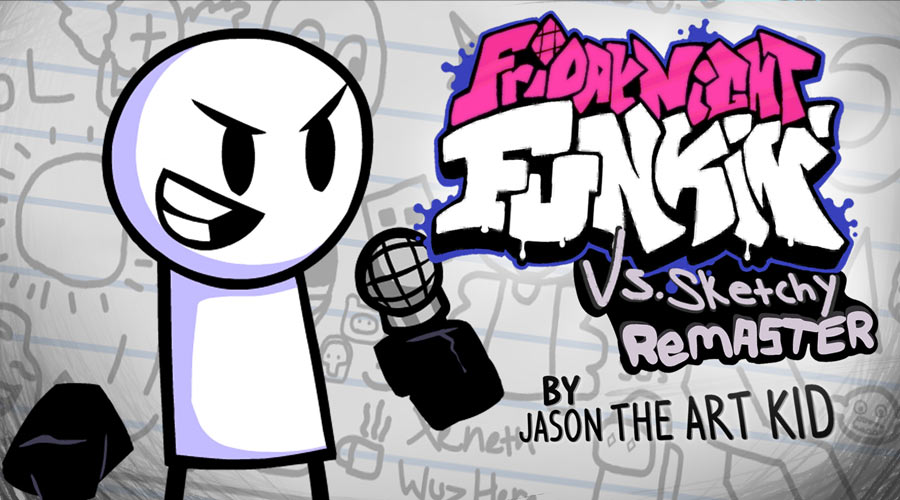 Between notebooks, erasers and pencils awaits you an original battle in FNF Vs. Sketchy, a remastered mod for Friday Night Funkin'. Sketchy is a character drawn by hand on an old school notebook and brought to life. Face him on three songs, Line Art, Sketched Out, Rip and Tear, and learn more about his intriguing and complex history. You can also try to recognize the many references in the drawings that are in the background of the scene. This remastered version has been designed to bring more refinement in the animations, the background, the music composition etc.

You can download FNF Vs. Sketchy Remastered with the Original mod.