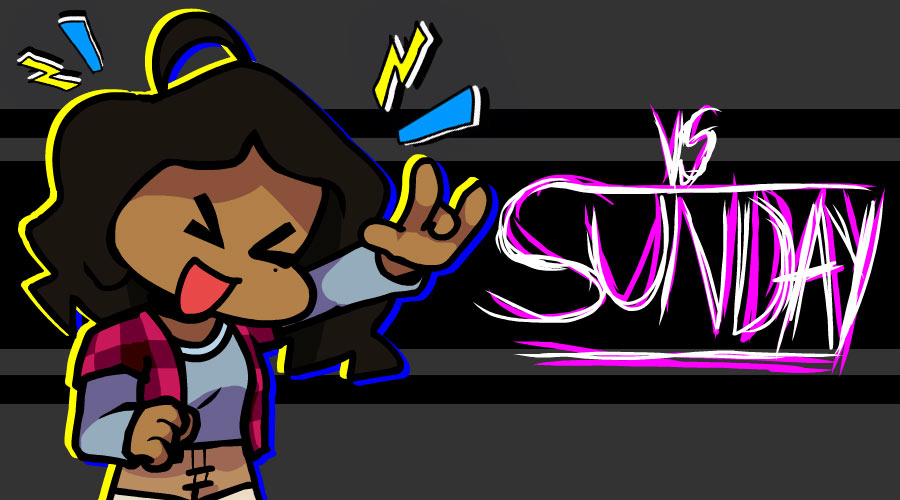 Join a rock band in the FNF mod Vs. Sunday Remastered for Friday Night Funkin' and show off all your singing skills to wow your opponent of the day. While Girlfriend and her best friend wanted to spend some time together, Boyfriend choose to watch tv in the house, sitting comfortably on the sofa. But hidden under a blanket, a young girl was asleep to rest from her previous restless night. It's actually Sunday, the singer of a famous rock band and she has a favor to ask Boyfriend: replace the co-vocalist of his group for the next concert because he broke his pelvis. But Boyfriend will first have to prove himself on a musical style he is less used to. Follow Sunday into the cellar of the house and learn the three songs of his rock band. Try to keep the rhythm because despite appearances Sunday has an ultra powerful voice (which may surprise you at the beginning) and his guitar solos will be formidable! Vs. Sunday Remastered is powerful sounding Hard Rock and Metal mod with infernal beat, that may wake up your neighbors! Will you be strong enough to be able to join Sunday's group? It's up to you to prove yourself.

You can download FNF Vs. Sunday Remastered from the Original mod page.